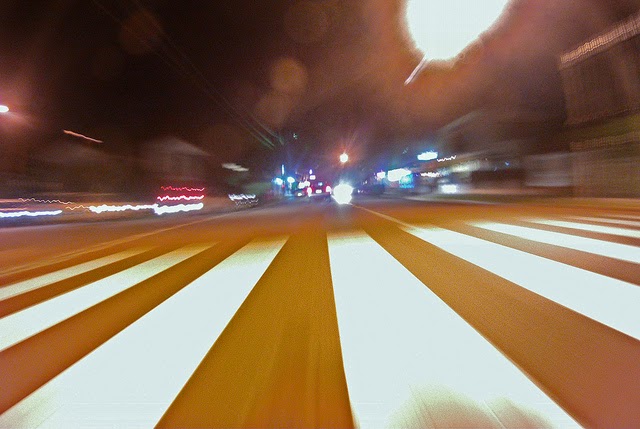 Passerby extensions can permit activity to run all the more easily as well as decrease vehicle fuel utilization and outflow deplete. Considering different elements is fundamental when making a profit evaluation for a passerby span. This paper builds a coordinated profit assessment strategy for passerby spans. Figures that impact incorporated profits are arranged into four classes, nature's turf, asset, and support. As indicated by these elements, five assessment lists, which incorporate vehicle deferral benefit and misfortune esteem (PLV), person on foot delay PLV, deplete outflow PLV,
fuel utilization PLV, and greening upkeep expense, were brought into the profits assessment. Three routines were utilized to get these components: movement recreation, a numerical model, and observational qualities. At long last, a sample is showed to check this strategy, and the results demonstrate that the system is dependable in practice.

Studies have demonstrated that numerous people on foot won't utilize a bridge or underpass on the off chance that they can cross at road level in about the same measure of time. Bridges work best when the geography considers a structure without slopes, for example, a bridge over a depressed parkway. Underpasses work best when intended to feel open and available. Underpasses are essentially less extravagant when fabricated as a major aspect of a development or reproduction venture and for the most part offer gentler evaluation changes than bridges. Grade detachment is most doable and suitable in great situations where walkers and bicyclists must cross roadways, for example, expressways and high velocity, high-volume arterials.
Posted by Georgia Melvin at 21:48 0 comments


Pedestrian overpasses and underpasses allow for the uninterrupted flow of pedestrian movement separate from the vehicle traffic. However, they should be a measure of last resort, and it is usually more appropriate to install safe crossings that are accessible to all pedestrians. Grade separated facilities are extremely high-cost, and overpasses in particular are a visually intrusive measure.

Such a facility must accommodate all persons, as required by the ADA. More information on the specifications for accessing overpasses and underpasses can be found in the Revised Draft Guidelines for Accessible Public Rights of Way. These measures include ramps or elevators. Extensive ramping will accommodate wheelchairs and bicyclists, but results in long crossing distances and additional time that discourage use.

Studies have shown that many pedestrians will not use an overpass or underpass if they can cross at street level in about the same amount of time or less. Overpasses work best when the topography allows for a structure without ramps (e.g., overpass over a sunken freeway). Underpasses work best when designed to feel open and accessible. Grade separation is most feasible and appropriate in extreme cases where pedestrians must cross highways or barriers such as train tracks
Posted by Georgia Melvin at 05:26 0 comments

An overpass (called a flyover in the United Kingdom and most Commonwealth countries) is a bridge, road, railway or similar structure that crosses over another road or railway. An overpass and underpass together form a grade separation. Stack interchanges are made up of many overpasses.
North America
In North America, a flyover is a high-level overpass, built above main overpass lanes, or a bridge built over what had been an at-grade intersection. Traffic engineers usually refer to the latter as a grade separation. A flyover may also be an extra ramp added to an existing interchange, either replacing an existing cloverleaf loop (or being built in place of one) with a higher, faster ramp that bears left. Such a ramp may be built as a right or left exit. A cloverleaf or partial cloverleaf contains some 270 degree loops, which can slow traffic and can be difficult to construct with multiple lanes. Where all such turns are replaced with flyovers (perhaps with some underpasses) only 90 degree turns are needed, and there may be four or more distinct levels of traffic. Depending upon design, traffic may flow in all directions at or near open road speeds (when not congested). For more examples see Freeway interchange.
Posted by Georgia Melvin at 02:15 0 comments


Aloe ( /ˈæləʊ/; also Aloë) is a genus containing about 400 species of flowering succulent plants. The most common and well known of these is Aloe vera, or "true aloe".

The genus is native to Africa, and is common in South Africa's Cape Province, the mountains of tropical Africa, and neighboring areas such as Madagascar, the Arabian peninsula, and the islands of Africa.

The APG III system (2009) places the genus in the family Xanthorrhoeaceae, subfamily Asphodeloideae. In the past it has also been assigned to families Aloaceae and Liliaceae or lily family. Members of the closely allied genera Gasteria, Haworthia and Kniphofia, which have a similar mode of growth, are also popularly known as aloes. The plant Agave americana, which is sometimes called "American aloe", belongs to Asparagaceae, a different family.

Most Aloe species have a rosette of large, thick, fleshy leaves. The leaves are often lance-shaped with a sharp apex and a spiny margin. Aloe flowers are tubular, frequently yellow, orange, pink or red, and are borne, densely clustered and pendant, at the apex of simple or branched, leafless stems.

Many species of Aloe appear to be stemless, with the rosette growing directly at ground level; other varieties may have a branched or unbranched stem from which the fleshy leaves spring. They vary in color from grey to bright-green and are sometimes striped or mottled. Some Aloes native to South Africa are arborescent.

Posted by Georgia Melvin at 06:06 0 comments